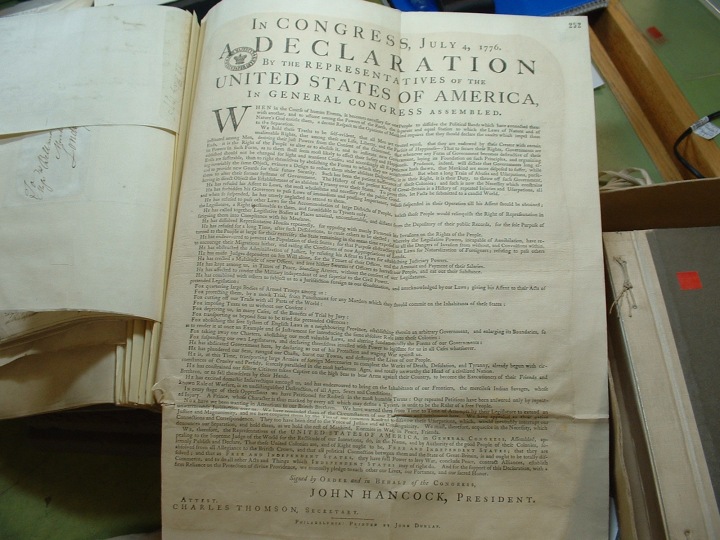 Several years ago, as I was going through the “Intercepted Letters” file at the National Archives (UK) in Kew, I came across this striking document, one of a relative handful of existing copies of the very first printing of the Declaration of Independence. What made the find even more fascinating was the condition of the document: it could have come off Dunlap’s Philadelphia press yesterday. Put on a ship to England right away, it was snatched by British authorities and, perhaps after a perusal by Lord North or even the King, consigned to this file in August 1776, where it has remained ever since. It still interests me to think about what the moment of encountering it must have been like, and also to look again at this document, with the stamp in the upper left-hand corner proclaiming it the property of HM government–unlike the United States of America.